How drugs have changed me

One thing that no one talks about and that is really important while traveling. Or for some people in their everyday life, is the consumption of drugs for recreational purposes.

Now I want to put a disclaimer here, I am not promoting the consumption of drugs. I just want to share my experience to bring awareness about this matter.

Before actively traveling I personally thought that only a few people were taking drugs and that it was “rare”. In my circle of friends I knew people who experimented drugs. And My eldest brother had issues with drugs. So in my mind it was clear that I would never try drugs. Also, the one film that impacted me was, REQUIEM FOR A DREAM, if you haven’t watched it, I recommend it! That movie is amazing and it talked about drugs and addiction. All in different aspects and the outcomes of excessive consumption. So after watching that, I was determined to never try drugs.

I lived in Portugal for six months and that’s where I was confronted with drugs for the first time. Some of my friends wanted me to try out the love drug (aka MDMA). They asked me multiple times but I was really scared and it was just not for me at the time.

The following year, I was in Sydney. I started working in a hostel and started to go out more as it was part of my job. Again, I was confronted with the love drug. I was in a group of people who all had varying experiences with MDMA. Where some had tried it and others had not. One of the girls I was with said, “if you try it I’ll try it as well”. The first thing I want to say here is to never let yourself get influenced by anyone. When making the decision of taking drugs. AND never do it just because you think you’ll be included in some sort of “cool circle”. I honestly felt the social pressure of being part of something. I didn’t want to blame anybody, because at the end of the day I was the one making the decision.

That night, I tried drugs for the first time; it was cool. Everybody is your friend, everybody loves you and you love everybody. You make friends with everyone, like literally everyone! You add people on snapchat, facebook, instagram and twitter. The next day you have no idea what’s going on. And that’s the thing I really want to talk about, THE NEXT DAY.

So the love drug can be good if you want to be more outgoing; you feel amazing, empowered. Some people take it because it’s “cheaper” than drinking, but nothing prepares you for the day after… Apart from the time I was mentally processing sexual abuse and that was an awful time.

These calm downs were the worst experience in my entire life; you feel bad, you have no appetite, you just want to stay in bed. Everything is pointless and irritating. You want to cry the whole day. You question every single decision in your life. You’re not good enough. Some people can even have suicidal thoughts. That can last for a few days (in extreme cases) but usually it’s one or two days. If you’re taking that two or three times a week. You are constantly going between extreme joy and confidence to a train wreck. I can’t even stress this enough. You feel like sh*t.

Now, when you mix that with alcohol, lack of sleep, and busy schedule. Your life becomes a dark hole and it feels like nothing can fulfill it. To put things into perspective for you guys. I was working full time between 38h-50h a week some times, going out almost every day, my diet was terrible. As I was drinking every day , I would probably get hungover every other day. I was living in Cairns, a city well known for its nightlife, besides the Great Barrier of Reef.  And I lived that lifestyle for about 18 months.

I’m going to share three events involving drugs that heavily impacted my life and forced me to make some changes. I wasn’t happy with who I had become because of the environment I was in. And I was blaming it on my workplace when in actuality it was me! I was the one responsible for who I was. So for those who know me and are read this. This is actually the real reason why I wanted to go away from Cairns; the toxicity and the pressure from some people in the industry towards each other for the party life. If you have lived in Cairns for a while you’ll know what I’m talking about.

Anyway, my first bad experience was in Sydney. It was the second time I was taking the love drug. There were about ten of us in a group and nine had taken it. We went out to my favourite club at the time. When it started kicking in it was very strong. My heart was racing and not because I had spotted the love of my life, no Nancy. I was so scared I couldn’t breath or think properly, I genuinely thought I was going to have a heart attack in that club. After half an hour, that feeling decreased and I could enjoy the night with my friends.

The second story is when I decided to try acid (LSD), for the first time and only time, with three of my friends. We took it around midnight and for those who don’t know, clubs in Queensland shut at 3am tops. So it took forever to kick in but when it did, oh boy, I was on another planet! The main thing about that trip was that my friends disappeared. When the club shut down we split up. I was by myself having this crazy experience.

When we were in the club I was flirting with a guy. And when the club shut down he approached me to see if he could give me his number. He quickly spotted that something wasn’t right. I told him what I took, he already had experienced it before. So he took care of me and took me home, I lived in a hostel 5 minutes walk from the club. No jokes it took us about an hour to go home.

Everything around me I was touching and feeling seemed amplified. My sight, hearing and my touch, I was blown away by the simple things. Ain’t gonna lie, it was really amazing but it lasted for hours. I was disappointed by the fact that I couldn’t find my friends. I was lucky that I wasn’t assaulted, raped or murdered. Y’all might think I’ve watched too many series but it’s a reality.

The last story is about the time I took drugs at a festival. A couple of friends and I had planned on taking the love drug that night. We had a lot of alcohol that night in addition to that. Woke up the next day, not so bad. The group of friends I was with the night before was back at it. Pool party mode, put my bathing suit on, and got drunk before my shift. I had food and a nap before starting but I was still highly intoxicated. It was Saturday evening, it was so busy and we had complications at work. I had to pull myself together but that was the worst shift ever. Luckily they didn’t fire me. I got a written warning and that was the wake-up call that I needed.

There’s this constant pressure for you to drink, go out and have fun. If you aren’t drinking or partying, slowly you get categories as boring. You are a “grand-ma” because you aren’t going out as much as the others. And don’t get me wrong I was part of the bullies sometimes. Pressuring my friends to go out and drink. Always someones birthday, always someone leaving, always someone joining the team. Always an excuse to drink. But I’ve learned that it’s okay to say no. You’re not less “fun”. And you don’t need drugs to have fun, make friends or feel empowered. It’s all in your head.

In conclusion, the following points are what I would like for you to take from this blog post.

You, yourself are entitle to the decisions and actions you make. You need to be careful with who you decide to take drugs with. I think there should always be a “sober” person in case something happens or be able to reach out to security or police. Drugs have an impact on your health and let’s not forget that you can die from them, directly or indirectly.

I love the tourism-entertainment industry. I’m more aware now that alcohol and drugs are a very sensitive subject within the industry in my perspective. In a way where people will talk about it openly. But no one will talk about the serious outcomes of the consumption. People will question more the fact that you aren’t taking drugs or simply not drinking anymore. More than actually questioning WHY are we all getting wrecked and are taking drugs so often? I personally don’t mind people taking recreational drugs now and then. But here we’re talking about a weekly consumption and/or drinking heavily.

Talk about drugs and get help

I have made the choice to abstain from drugs. Because I feared I would become an addict if I continued to use them. I didn’t like the person I was becoming and the best way for me to get over control was to have a fresh start. Moving to another city, went back to my studies and started working on myself and my issues.

I hope this will create a dialogue and not judgement. It’s important to talk about it and be aware of the risks. When we make the decision to take drugs for recreational purposes, we need to be aware at all time. Check on your friends, make sure they’re okay. Don’t assume that they will be okay, that’s how it is. You never know when it can shift.

Here are some links that can help you understand more things about drugs. Or if you feel like you are in an addiction and need help. Feel free to message me on Instagram and check out these links!

« 6 advantages of working in a hostel

Can I travel anywhere as a black woman? » 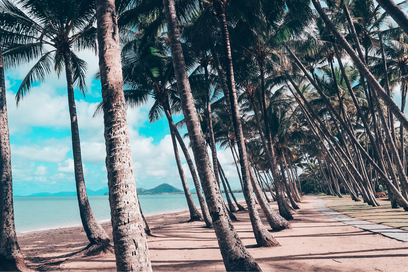